When we moved here, I had some friends that were going to DEFINE. I actually started in rev and I would never take a body class. I was like, ‘No way. I’m not going to do that. That’s way too hard.’ One of my girlfriends was like, ‘If you want to change your body, you need to start taking body class.’ So I did and I loved it. Now I can’t get my butt back on a bike. 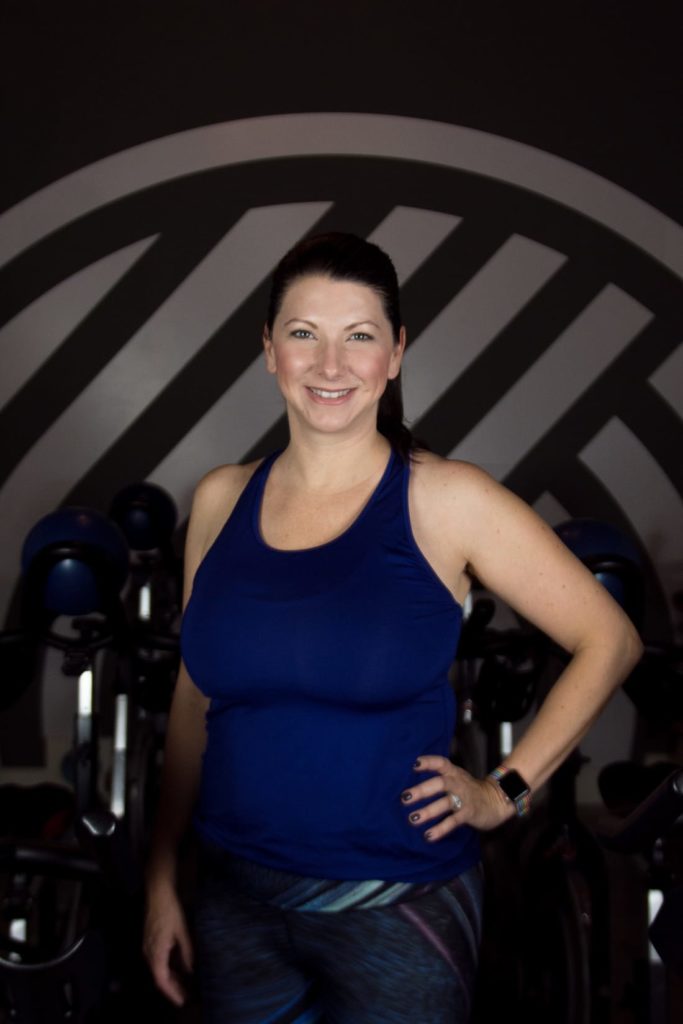 Modification is the name of my game.

My mom passed away in 2001, one year after she was diagnosed with ovarian cancer. That is not an uncommon story. The life expectancy is less than five years. It’s grim. It’s very grim.

Her name is Terry. She was just super alpha, type-A personality, really aggressive, worked all the time. She was always working to better herself, improve herself.

She had all these issues and just couldn’t figure out what to attribute it to. It just took her to a slow crawl, but all the signs and symptoms are typical of any woman her age. She was 46 years old. Abdominal pain, bloating, fatigue, feeling sluggish. They were like, ‘You have menopause. You have this, you have that.’ I mean, welcome to being a woman. But it wasn’t any of that. It was ovarian cancer.

The last time she was sick, they told her she had pneumonia. She finally went in for chest x-rays and her lungs were full of fluid. They then saw she was covered in tumors inside. She was diagnosed with Stage 4 ovarian cancer right then.

She went through treatments and went into remission for about one month. Then it came back full force. There was just no stopping it. It wasn’t going to be a manageable disease at all.

It’s a grim diagnosis and it’s not fun. There’s no coming back from it. We just don’t have enough research and awareness and education. There is no real tool for early detection and prevention. So it’s challenging.

I spent my life working in not-for-profit. I worked for the American Cancer Society for a number of years.

I think we should all be doing whatever we can to help find a cure, not just for ovarian cancer but for cancer in general. I know there’s something out there. We just need to keep working. And I think we’re closer than we’ve ever been before.