“The love for all living creatures is the most noble attribute of man.” ― Charles Darwin Growing up in a coastal town in Venezuela was pretty great: we developed a fascination & respect for the sea & its creatures that I, until my migration to the U.S., thought was universal. I don’t remember exactly when, but one of those days I became infatuated with sharks, despite the fact that they’re not a common sight in the waters that surround my hometown. My friends & family know my obsession is still strong because they get yearly reminders during Shark Week, I have even gotten some of them to genuinely gain interest in research & conservation efforts, so this year I decided to put that to good use by fundraising for an organization that looks after one of the last shark refuges in the world: the Charles Darwin Foundation (CDF) in the Galapagos. 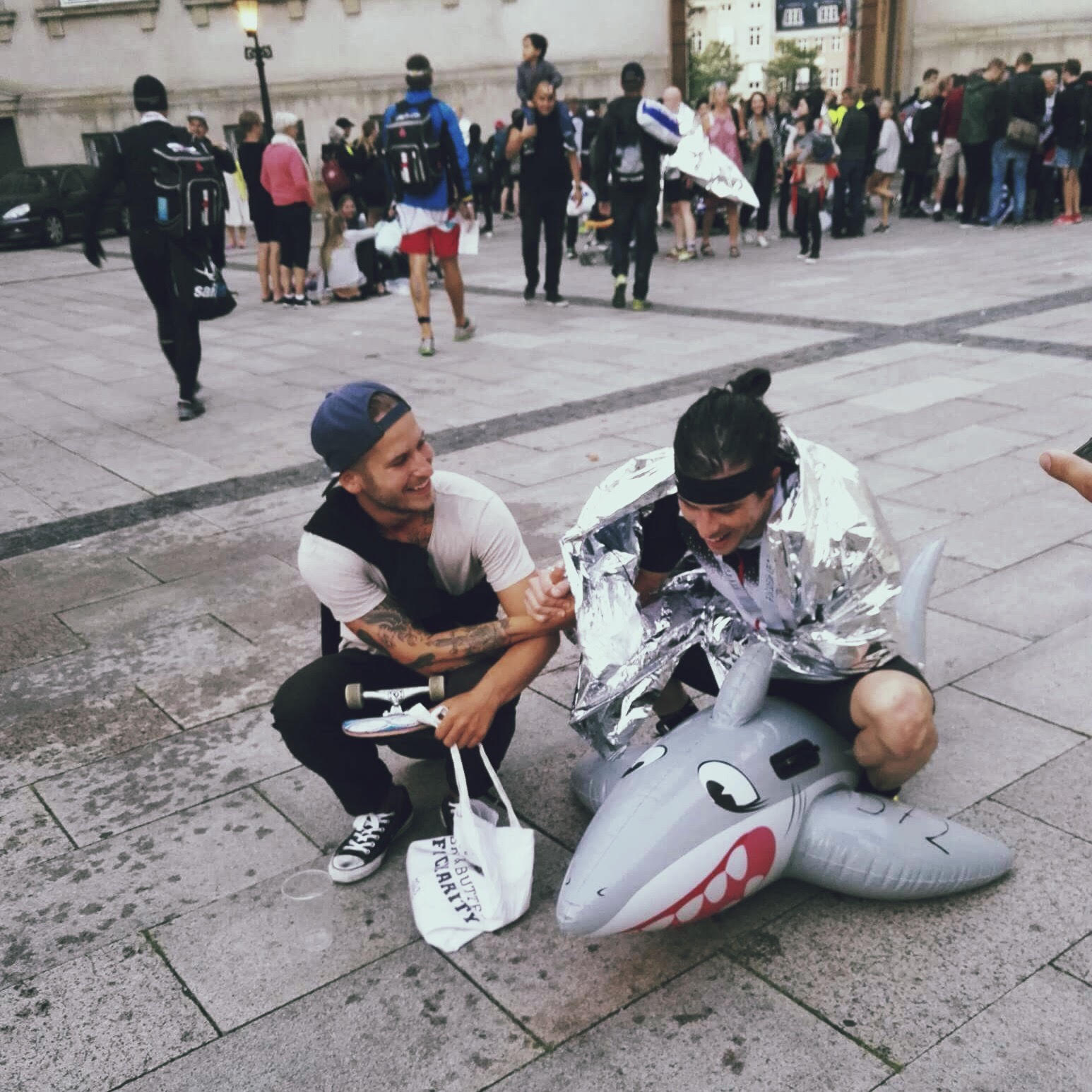 My name is Dario, pictured here riding a shark after finishing my first Ironman in August of 2016, you’ll see me around Define pretty often the next 28 weeks as their team helps me build the necessary strength & flexibility to successfully complete the 15th edition of the Gobi March uninjured: a 155 mile long self-supported ultramarathon that takes place over six stages / 7 days in the Mongolian territory of the Gobi Desert. I am excited to have Define support both my training program & fundraising efforts for CDF. Please consider donating & feel free to ask about sharks or the benefits of the body & mind programs for endurance athletes, or at least say hi! I always make a point of waving or nodding hello when I can.